Caerus IM directly negotiates Bratislava’s largest office lease for 2019 by retaining DELL as its major tenant in the CUBUS Office Centre for over 20,000 sqm.

Prague,1stJuly 2019 – Caerus IM as asset manager of CUBUS Office Centre in Bratislava, is pleased to announce that it has directly negotiated the retention of international anchor tenant DELL (“DELL“), for over 20,000 sqm, in what is the largest office leasing transaction in Slovakia, if not all of Central Europe for 2019. CUBUS serves as DELL’s Central European headquarters.

The decision by DELL to remain in the property followed an extensive internal evaluation of its Central European (“CE“) occupational strategy, as well as being the result of an external tenant-representative led tender process, performed by Cushman & Wakefield (SK) on behalf of DELL.

Originally custom built for DELL in 2007, CUBUS was highly specified at the time of construction to meet DELL’s international occupational standards which were well above norms for such time. Hence the building has proven itself to be extremely competitive against the numerous newer builds which have since emerged on the skyline of Slovakia’s capital.

In taking its decision, DELL considered multiple competitive options from competing landlords offering newly constructed projects, all of which were extremely motivated to attract such a high-calibre international tenant as DELL. In particular, CUBUS faced stiff competition from the likes of Penta, J&T and HB Reavis as Slovakia’s three predominant commercial office developers.

DELL’s reluctance to leave CUBUS proved not only testament to the quality of the building’s location, but evidence of its overall level of construction quality, its extra-large contiguous floor plates of 2,200 sqm, and also the relationship Caerus IM has developed with DELL in providing a flexible and responsive approach to asset and tenant relationship management.

As part of the negotiation, the building will undergo a light internal and external refresh with a reconfiguration of the ground floor to provide DELL with improved catering facilities and internally managed children’s day care amenities.

Other leasing successes recently concluded by Caerus IM within its CE portfolio include: Clearstream Operations (Deutsche Borse Group), Peyton Legal, Ataccama Software, Benteler, Doosan Lentjes, Algotech, CEZ and Mercuri International which in aggregate, amounts to Caerus IM having directly leased over 45,000 sqm of office space in its CE portfolio during 2019 to date.

Christopher Millen, Managing Director of Caerus IM said: “Our retention of such a high-quality international tenant as DELL, is evidence of our belief in the value of old-fashioned tenant relationship management where we listen to, and then deliver on, our tenant’s needs and wants.With their decision to stay being the result of an exhaustive tender process in which DELL was represented by Cushman & Wakefield, even with full knowledge of the market and despite other landlord’s competitive terms, we were still able to retain DELL on economic terms that were attractive to both landlord and tenant. We now look forward to working with closely with DELL to give their internal areas a refresh to ensure their continued longer-term satisfaction.”

Ivan Mojzis, Senior Portfolio Manager for Caerus IM said: “Caerus IM was able to respond to DELL’s occupational requirements in a pragmatic way and agreed a package of reconfiguration and cosmetic enhancements that will see their continued occupation in CUBUS being on par with its brand-new competition. In taking a consultative approach with DELL, we look forward to unlocking CUBUS’ asset management potential.”

CUBUS Office Centre is a fully leased, modern, ten-level class A office building completed in 2007 providing over 22,000 sqm of modern office space with expansive all-round views from upper floors. Situated in the city centre of Bratislava 1, with bus and tram stops on its doorstep, CUBUS provides excellent accessibility and connections by car to nearby highways. In 2018, the building gained a BREEAM Very Good Certification. For more information visit: www.cubus.sk

For this site to work correctly, and for us to constantly improve it, we need to store a small file (called a cookie) on your computer. Almost every site in the world does this, however, since 25 May 2011, by law we have to get your permission first. If you click on 'Accept' below, we will store cookies and you can continue using this site with full functionality. You can change your cookie settings at any time using your browser. Accept Reject All
For more information read our cookie policy.
Privacy & Cookies Policy

This website uses cookies to improve your experience while you navigate through the website. Out of these, the cookies that are categorized as necessary are stored on your browser as they are essential for the working of basic functionalities of the website. We also use third-party cookies that help us analyze and understand how you use this website. These cookies will be stored in your browser only with your consent. You also have the option to opt-out of these cookies. But opting out of some of these cookies may affect your browsing experience.
Necessary Always Enabled
Necessary cookies are absolutely essential for the website to function properly. This category only includes cookies that ensures basic functionalities and security features of the website. These cookies do not store any personal information.
Non-necessary
Any cookies that may not be particularly necessary for the website to function and is used specifically to collect user personal data via analytics, ads, other embedded contents are termed as non-necessary cookies. It is mandatory to procure user consent prior to running these cookies on your website.
SAVE & ACCEPT 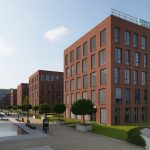